Over the course of my time at UOG, I've been lucky enough to take part in multiple games jam style events. Usually 48 hours in length, here's where more information can be found about my personal best examples of these projects.

The highest profile event so far, this took place within Cambridge University near the end of year 2 of my studies. We had 48 hours to construct a game that accounted for the theme of "push and pull". What we came up with was a low poly puzzle game, using two characters controlled by two players on one Xbox game pad. Using only the thumbsticks, the players would have to navigate the environment with the catch being that they were tethered by a bungie cord.the would stretch and warp in realtime but if it went too far, it had the risk of bouncing the players together, sending one, if not both of them off a cliff and back to beginning of the level. 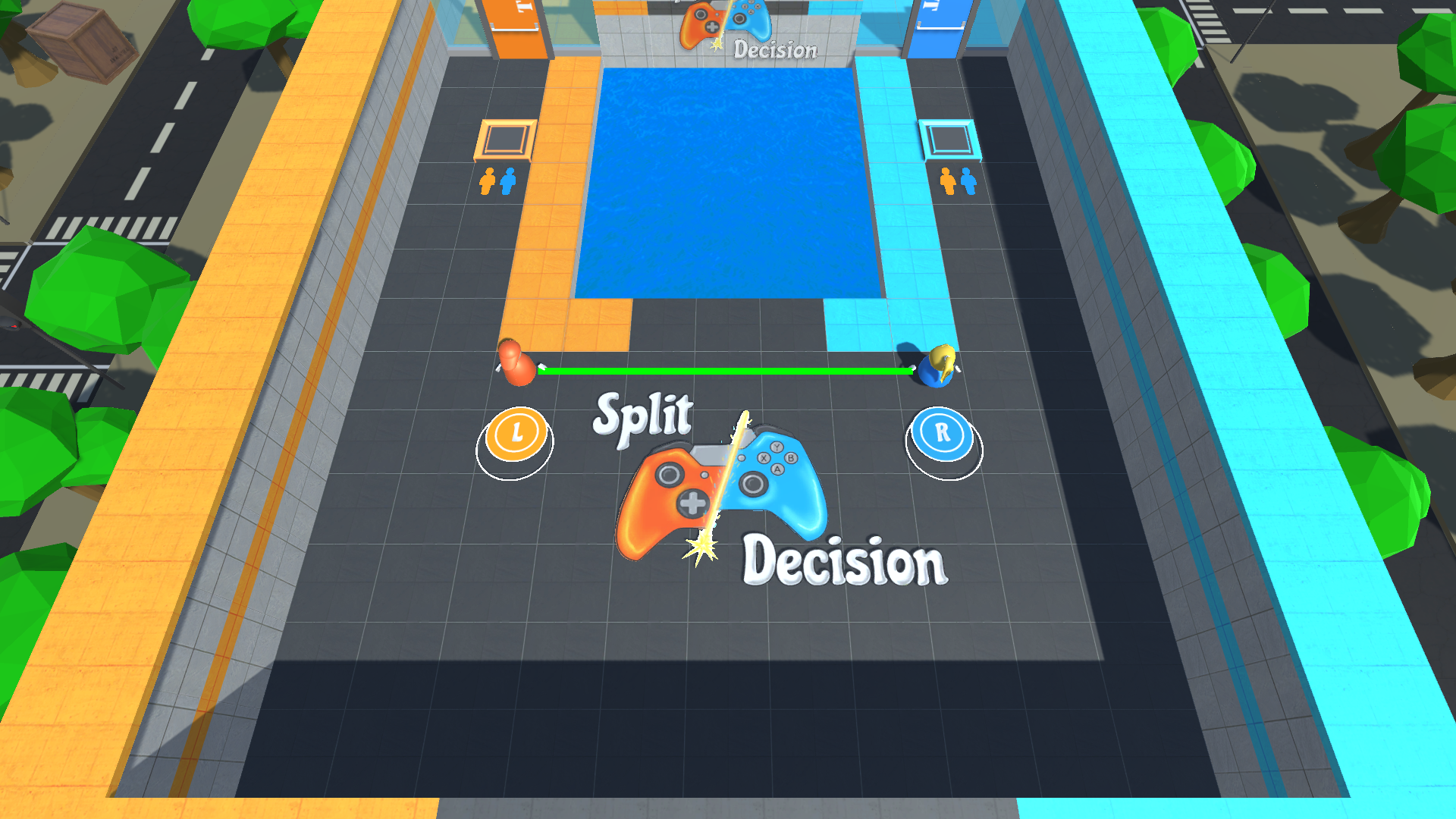 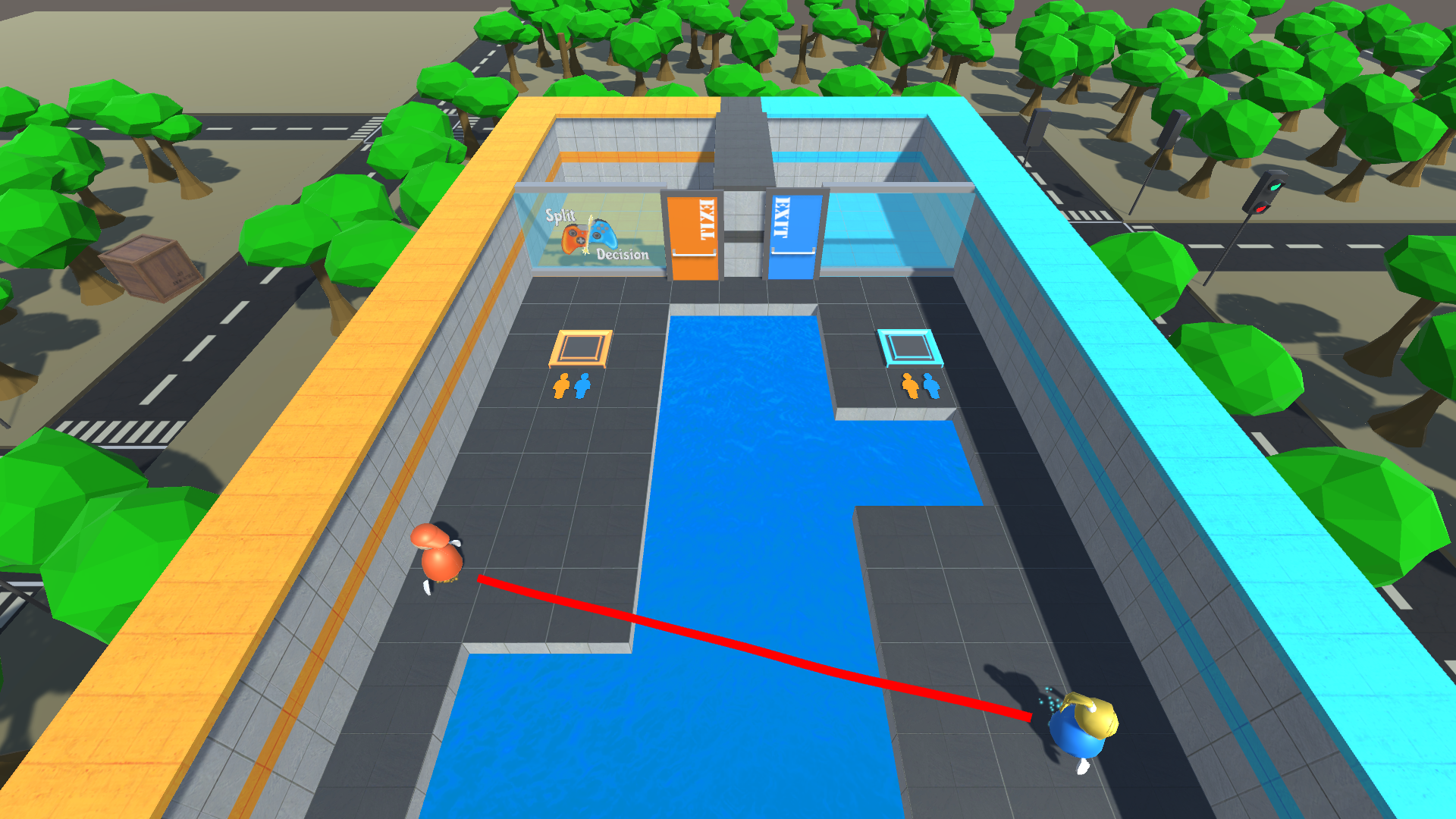 Asset wise. I was responsible for environmental pieces that would stick to the low poly art style. This was chosen early on as we had limited access to machines capable of a PBR workflow and needed simple pieces that could be prototyped and modified quickly depending on the demands of the level designer. This would allow for a full 5 levels to be built from a selection of modular assets, with plenty of time for more specialized pieces and animated elements to be generated. As an added bonus, since these would not take long to build, I could personally take on other roles such as the audio asset creation and helping concept further levels. 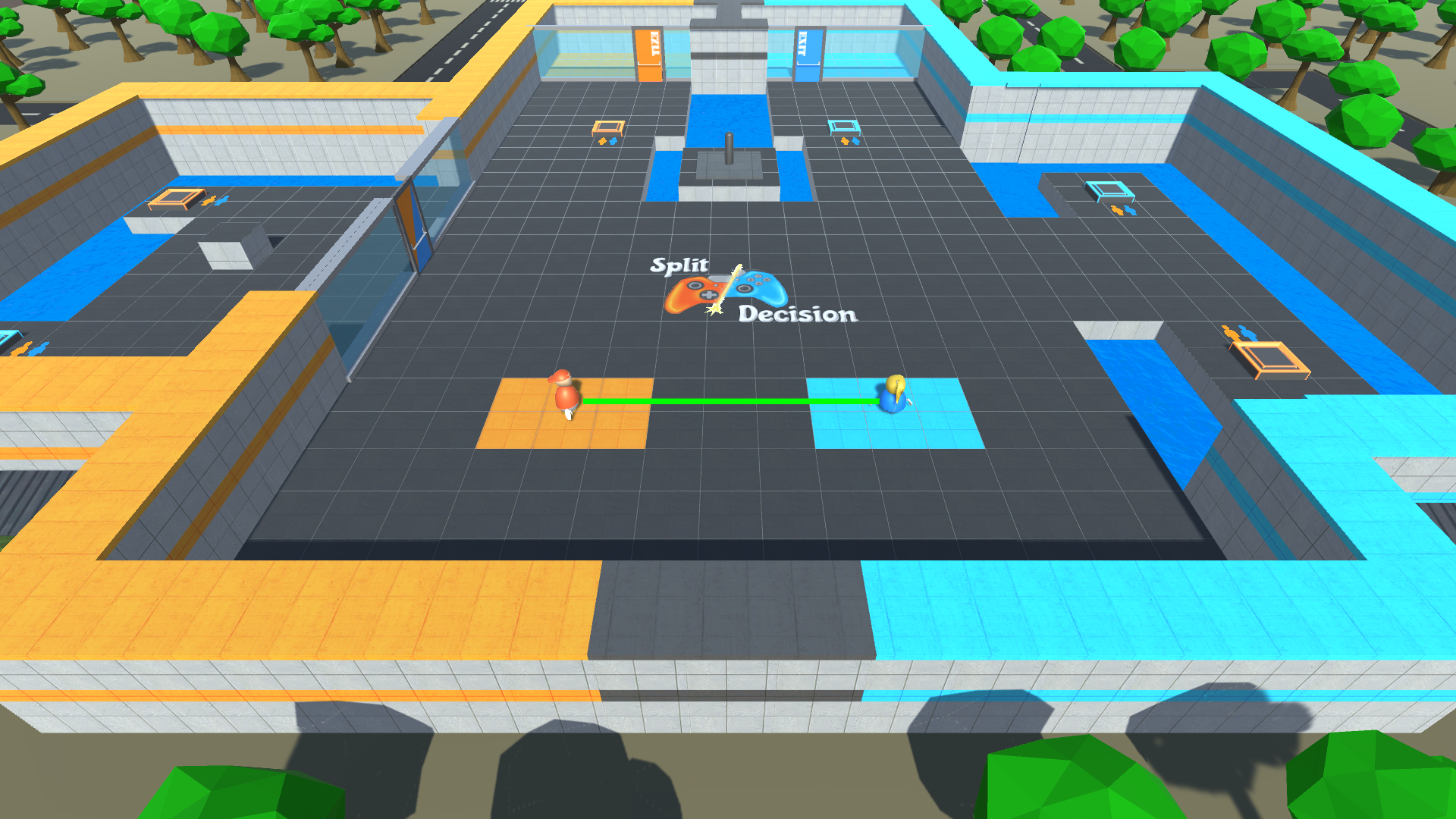 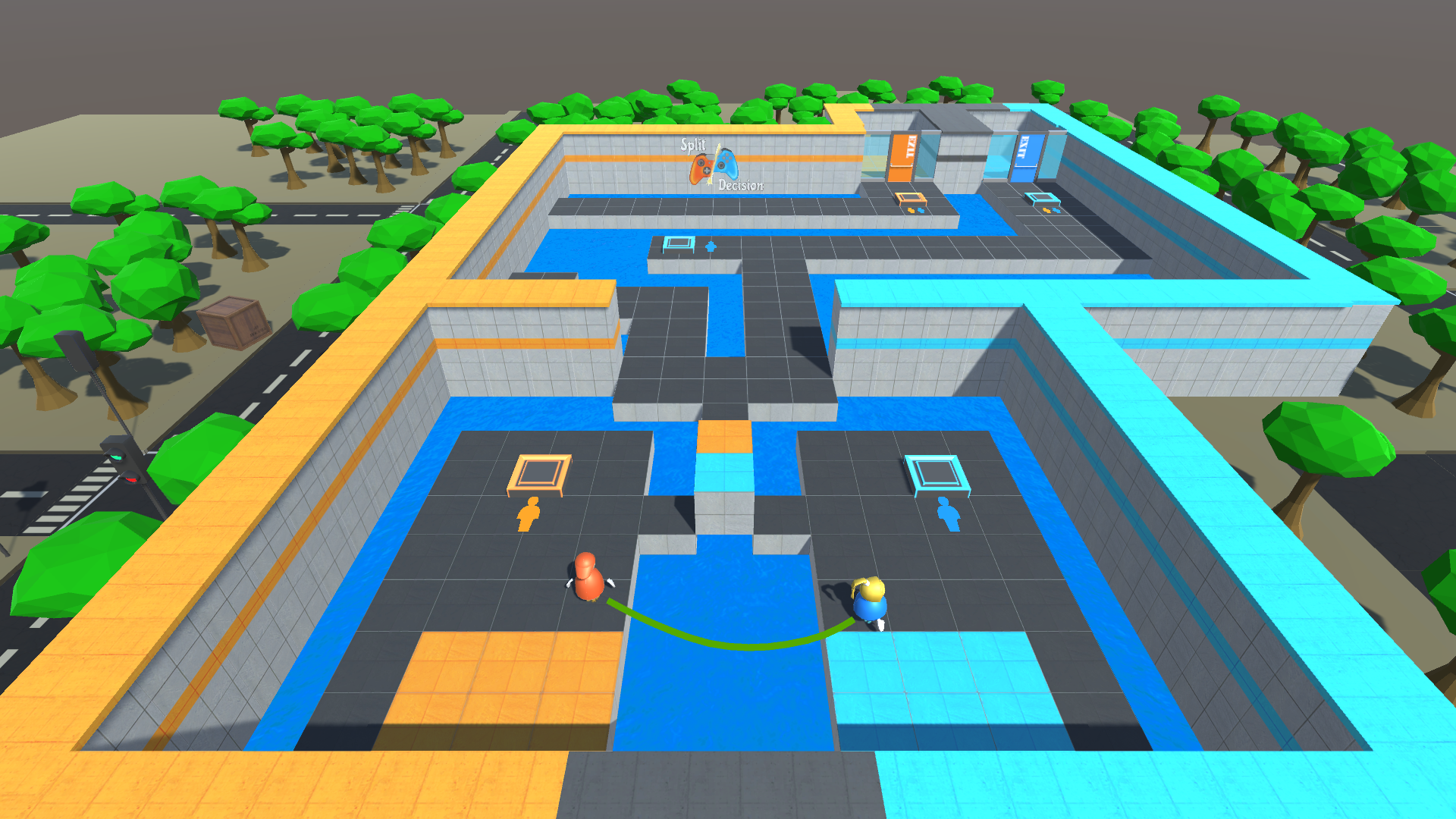 Overall to conclude, while we didn't win, we did turn heads from a functional and artistic standpoint as the assets were clean and framed the mechanics nicely, with nothing getting in the way of the gameplay with unneeded distractions. They were fast to generate, could be easily placed in an atlas with texture resolution also not being an issue, as most of the larger pieces could share a single 1024x1024 sheet. Thus, performance was excellent, even on our terrible rented laptops.